Finally back behind the decks to put together a new mix. 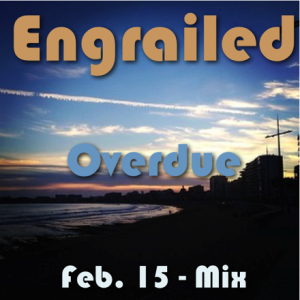 A quick mini-mix to pay an homage to the 80s. The perfect soundtrack for cruising the west coast highways at sunset in ca. 1986. Think of Jim Hasseloff, Supercopter, VHS tapes, Sarah Connor, Los Angeles… 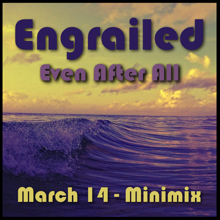 I know, I know, it has been ages I have not posted any mix…
Here is a nice selection of tracks to cool down, to enjoy in the early spring sun.
As always, relax & enjoy.

Even After All Mix (March 2014) by Engrailed on Mixcloud

So fall was super busy, and here is finally the new mixtape. A bunch of very nice tracks elegantly mixed in a 40mins and energy packed set. You know the drill… Relax & enjoy.

Stay tuned, another BIG surprise coming up in the next days…

As usual, relax, crank up the volume and enjoy!

Alternate: Listen to the mix on Mixcloud:

So here it is… I have been listening to quite a lot of dubstep lately and I pulled this quick mixtape to share some tracks I like.
Wikipedia defines Dubstep as: “originated in south London, United Kingdom (…) tightly coiled productions with overwhelming bass lines and reverberant drum patterns, clipped samples, and occasional vocals”. It’s characterized by syncopated low rhythm, dark coloration and heavy often wobbled bass lines.
It originated in the early 00’s and has become increasingly popular over the last 5 years. Its influences reach even in to mainstream pop music (Britney S. and Madonna incorporated typical dubstep rhythm).

This mix features a couple of productions of prominent players of the field, Skream (and its trio with Benga and ArtWork as Magnetic Man), and Nero. I also put in a few nice remixes of classics for you to judge what “dubstepping” a track sounds like.

I must say that I selected relatively “mainstream” examples most featuring vocal parts, an unusual feature. Check releases by Kode9; Mount Kimbie and Skrillex (among many many others) for more.

Ok, Ok I am late, but nevermind, it’s still April and here is this month mix.

We will try something else this month: let’s break the rhythm and enjoy some fresh tunes. I put up this mix because spring is back, sun is out, so let’s groove and shake our butts. You’ll hear everything in this mix: hip hop, funk, brass band, crazy stupid mashups, a video game soundtrack, some danceHall and a latino cover of a reggae song 🙂

So, pull out the sunglasses, wear a short and your Hawaian shirt, sit down, relax and enjoy…

Big change for this month. Let’s go pay a tribute to a specific genre of House music called “Dutch House”. It’s characterized by its monumental buildups and huge drops. It’s meant to be played loud and perfectly suited to monster clubs with thousands of robotic dancers. As you could have guessed, that genre arose and is prominent in the Netherland but it reaches way beyond. Prominent figures of this scene are Laidback Luke, Afrojack, Swedish House Mafia, etc… Not necessarily the genre I like the most but I must give it credit: it is freakin’ moving and catchy.

In this tape I gather a bunch of tracks either representative of the genre or that I felt blend in nicely and helped building a heavy, powerful and pounding set. Special thanks to Laidback Luke’s Year Mix for the initial incentive to make this mix.

So, make space around you, crank up the volume, pop an E’ and enjoy…