So here it is… I have been listening to quite a lot of dubstep lately and I pulled this quick mixtape to share some tracks I like.
Wikipedia defines Dubstep as: “originated in south London, United Kingdom (…) tightly coiled productions with overwhelming bass lines and reverberant drum patterns, clipped samples, and occasional vocals”. It’s characterized by syncopated low rhythm, dark coloration and heavy often wobbled bass lines.
It originated in the early 00’s and has become increasingly popular over the last 5 years. Its influences reach even in to mainstream pop music (Britney S. and Madonna incorporated typical dubstep rhythm).

This mix features a couple of productions of prominent players of the field, Skream (and its trio with Benga and ArtWork as Magnetic Man), and Nero. I also put in a few nice remixes of classics for you to judge what “dubstepping” a track sounds like.

I must say that I selected relatively “mainstream” examples most featuring vocal parts, an unusual feature. Check releases by Kode9; Mount Kimbie and Skrillex (among many many others) for more.

Ok, Ok I am late, but nevermind, it’s still April and here is this month mix.

We will try something else this month: let’s break the rhythm and enjoy some fresh tunes. I put up this mix because spring is back, sun is out, so let’s groove and shake our butts. You’ll hear everything in this mix: hip hop, funk, brass band, crazy stupid mashups, a video game soundtrack, some danceHall and a latino cover of a reggae song 🙂

So, pull out the sunglasses, wear a short and your Hawaian shirt, sit down, relax and enjoy… 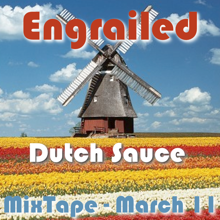 Big change for this month. Let’s go pay a tribute to a specific genre of House music called “Dutch House”. It’s characterized by its monumental buildups and huge drops. It’s meant to be played loud and perfectly suited to monster clubs with thousands of robotic dancers. As you could have guessed, that genre arose and is prominent in the Netherland but it reaches way beyond. Prominent figures of this scene are Laidback Luke, Afrojack, Swedish House Mafia, etc… Not necessarily the genre I like the most but I must give it credit: it is freakin’ moving and catchy.

In this tape I gather a bunch of tracks either representative of the genre or that I felt blend in nicely and helped building a heavy, powerful and pounding set. Special thanks to Laidback Luke’s Year Mix for the initial incentive to make this mix.

So, make space around you, crank up the volume, pop an E’ and enjoy…

Enough of rock and electronic rhythms! For this month I have prepared a nice set of tracks with soul and body. We’ll go blues, RnB, soul and hiphop.
Hats down to ChromeMusic for the quality of the music they love and share.

Last week end I played at a party in Bruxelles, what should have been a 2 hours set transformed in an epic 4.5 hours banging party. Everything was great! The venue was the upper floor of a tiny but very cosy and friendly bar downtown Bruxelles (Cafe Gudule) in which way too many people crammed, raising the temperature and humidity to sauna levels. The crowd was awesome, great party people, natural born dancers and bangers. The most important thing was the rocking and electrifying concert of She Goes Electro before the set. I must really thank them for opening for me 😉 She Goes Electro is a band you must check out. We wrapped up in the early morning, sipping on Rum. It was immense fun!
To give you a flavor of what happened, here is a mini-mix of some tracks played.

Hi there,
Christmas is coming and snow is falling. Isn’t that nice? But don’t worry, for this december edition, no Christmas carols nor Jingle bells of any sorts. Just a couple of good tracks I put my hands on more or less recently.
Relax & enjoy! 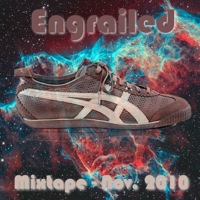 This month, I decided to mix oldies and more recent songs. Enjoy!

With some delay, but finally here!
This month, let’s slow down a bit and enjoy some more jazzy tunes. 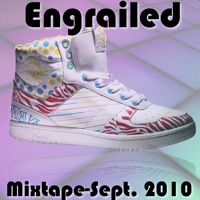 Here is this month mix. A mixed bag of very nice electro-pop tracks that you ought to (re)discover.
Enjoy!